To any new visitor to Bishkek, using public transport can first seem overwhelming but it’s incredibly easy to use where you’ll be using it like a local!

There are three main types of public transport in Bishkek: 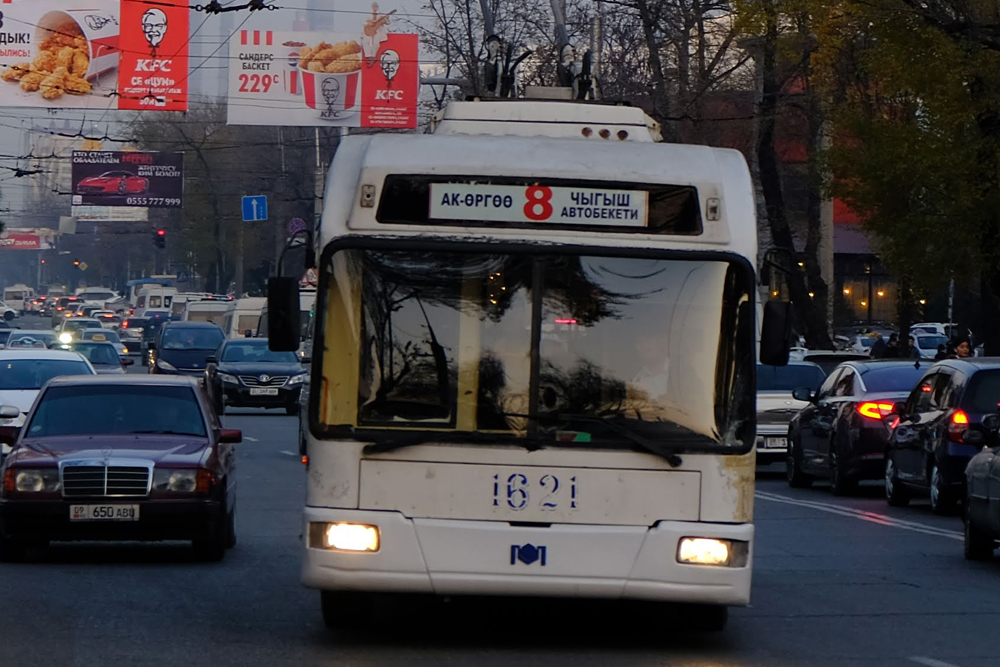 These are traditional large buses that you can find in a typical urban city. Trolley buses are buses that are electric that draws power from dual overhead wires using two spring-loaded trolley poles. The buses serve main areas around the center.

A bus fare costs 8 som (2019 fare), a bit cheaper than marshrutkas. While cheaper, they tend to run less frequent than marshrutkas and waiting times can be long and unpredictable, especially during rush hour. Buses typically stop running after 10pm (22:00).

Marshrutkas are basically mini buses/vans that are common and service greater areas and run more frequent than regular buses.

They are more flexible in pick up and drop-off; They don’t just stop/pick up at designated bus stops. They can pick you up anywhere on the side of the road and drop you off anywhere, as long as it is on their route and if you ask them.

If you’re claustrophobic, you won’t like marshrutkas. They tend to be overstuffed with people (especially during rush hour to/from work) and it can be incredibly awkward trying to get out of the marshrutka if you’re squeezed in at the back and wanting to get out!

How to use Bishkek’s public transport system

Go to a local bus stop and wait for the bus number you want.

When the right bus arrives, hail the bus if necessary and enter onboard the bus from the back side door.

Stay on the bus until you are nearly at your destination. Start moving to the front of the bus, towards and next to the bus driver. This hints to the driver you want to depart at the next bus stop.

When the bus has come to a halt, pay the bus driver (Don’t expect a printed ticket) and leave the bus via the front door. Easy!

Go to a local bus stop and wait for the bus number you want, or stand on the side of the road where the marshrutka can safely stop on their route.

Hail the marshrutka down. Enter the vehicle and pay the bus driver (No printed ticket will be given) then sit down or stand up.

When you are near your destination, move towards the front next to the driver. Tell the bus driver to stop and then exit when the marshrutka has come to a halt.

Priority seating should be given to elderly people, pregnant women, disabled people, and young mothers with young children – If you see any of these people enter the bus, act like a local and kindly give up your seat for them.